Okay so as part of my Raspberry Pi Thermostat Project I now have a headless Raspberry Pi that I can SSH into. The next small step is to wire a thermometer to it and begin logging the temperature in my bedroom to learn a thing or two about how hot it is getting up there and how much the temperature varies.

For this part I basically just followed this tutorial but with a couple small changes. I used a 10kΩ instead of a 4.7kΩ because it’s what I had around. I also didn’t shell out for the Pi Cobbler. I simply connected the three lines I needed (5V, ground, GPIO 4) directly to the breadboard with jumper wires. I still found the wiring diagram here to be incredibly useful. Mine ended up looking like this: 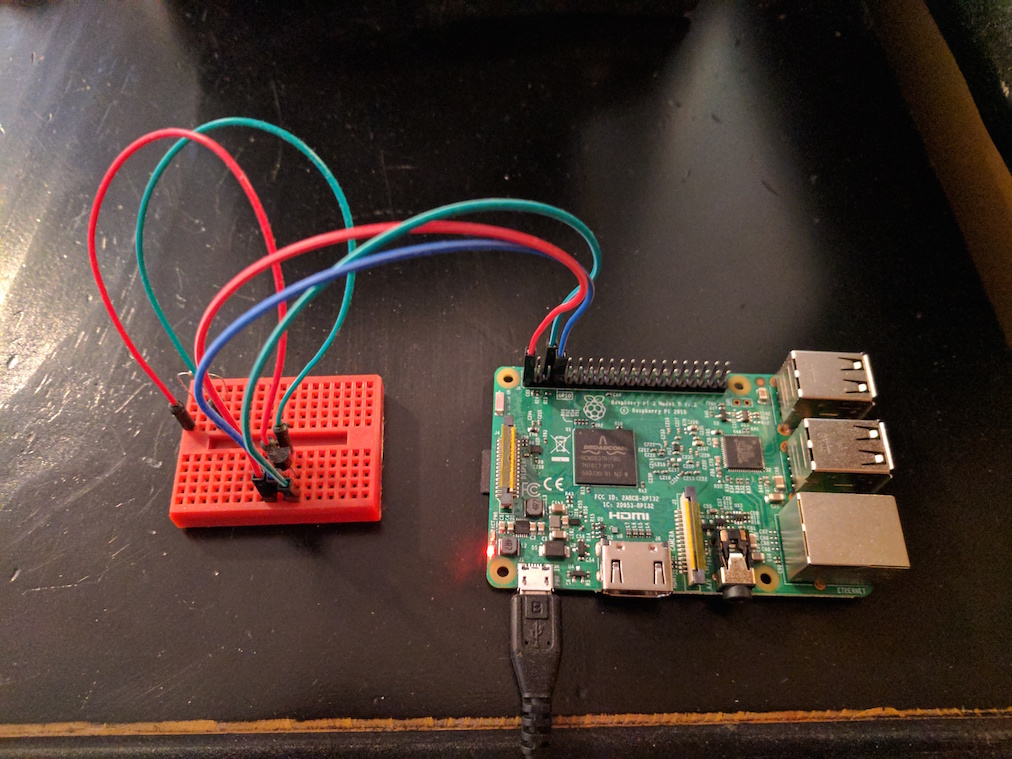 Once it’s all wired up there are a couple simple steps to reading the temperature. First I had to edit /boot/config.txt and add this line and then reboot:

Reading the temperature with Ruby

I wanted to track and log the temperature in my bedroom so the easiest thing to do was write a little ruby script that I would run on a cron. I installed Ruby using RVM and wrote the following module to simply read the temperature and convert it to Fahrenheit so my American brain can understand it.

The last step of this bit was creating a ruby script that would use that thermometer module and spit out a timestamp and the temperature. It looks a little something like this:

All that was left to do was set that script up in a cron job with the output going to a file and I now I have a file that looks like this: